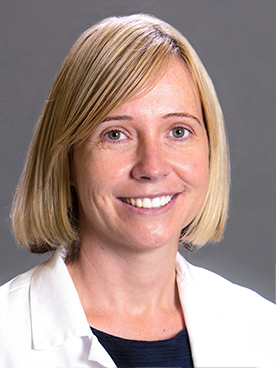 Theresa M Crafa, FNP, BC is an experienced nurse practitioner who started her career with NYCBS in 2009. She is well-versed in oncology and cancer-related illnesses, including reviewing peripheral smears and performing bone marrow procedures. Additionally, she is assigned to perform hospital rounds while maintaining on-call availability. Theresa earned her bachelor’s degree in Political Science from Gannon University. She then attended Saint Vincent’s Hospital School of Nursing, where her stellar GPA earned her three Rudin Foundation Scholarships. She was then granted acceptance to the College of Mount Saint Vincent, where she earned her Nurse Practitioner Master’s Degree. She continued to excel in academics being elected as a member of the Sigma Theta Tau Honor Society. Prior to working with NYCBS, Theresa served as an oncology NP at Saint Vincent’s Comprehensive Cancer Center. Additionally, she was also a family NP, treating patients with acute conditions and educating patients about disease prevention. Theresa’s warm personality coupled with her work aptitude makes her a vital part of our team.