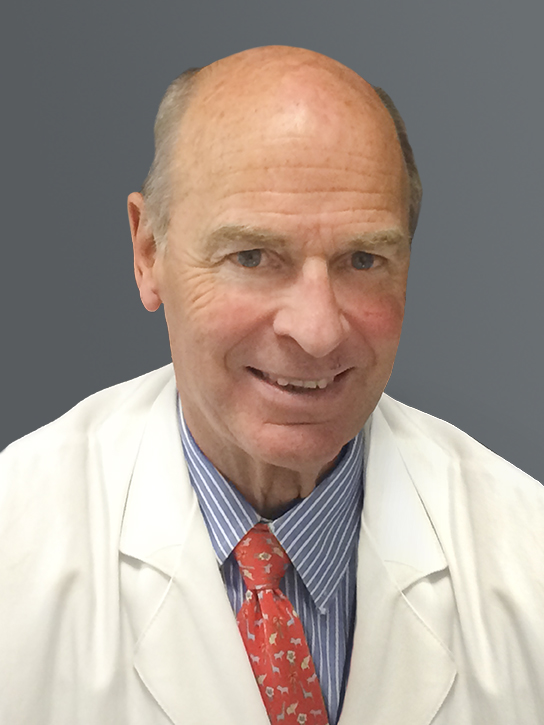 William R. Grace, MD is a board-certified medical oncologist and has been practicing for over forty years.

Dr. Grace received his Bachelor of Science degree at the University of Notre Dame in 1965. Thereafter, he attended the Boston University School of Medicine to obtain his Doctor of Medicine. He completed his internship and residency training at Saint Vincent’s Hospital Medical Center of New York. He completed his fellowship at Dartmouth-Hitchcock Medical Center in New Hampshire specializing in hematology/oncology.

His interest in research led Dr. Grace to the NIH Naval Medical Research Institute in Bethesda, Maryland where he was a Research Associate in Immunology and Experimental Hematology. Dr. Grace was Lieutenant Commander of the Naval Medical Corps and Clinical Associate as the Director of the Armed Forces Bone Marrow Transplant Program.

Dr. Grace was Chief of Cancer Research and Chief of Medical Oncology at St. Vincent's Hospital and Medical Center of New York for nearly two decades.

Highly respected, Dr. Grace is a spokesperson for the American Cancer Society and a past president of the New York Cancer Society. Previously, he has attended to royalty and continuously makes television appearances discussing the latest in hematology and oncology.

Dr. Grace has authored multiple publications in his field and has been named ‘Castle Connolly’s- Top Doctor’ for several years in a row.

Dr. Grace is very health conscious and over the years has completed 34 3 hour marathons and competed in the World Ironman Championship in Kona, Hawaii.