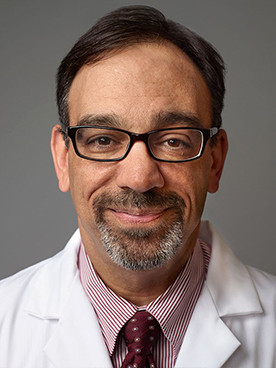 Dr. Cirrone has made it his lifelong ambition to learn as much about the cancer process, the treatment of cancer, and the cancer patient. He gravitated to the Radiation Oncology field for the challenge of mastering a single modality for the benefits of treating patients and for its multidisciplinary approach towards cancer treatment. During his Radiation Oncology training he learned how to treat all types of cancer and has treated many difficult cases. One of his interests in Radiation Oncology is the treatment of patients with organ preservation protocol. Radiation Oncology has been used in many areas to eradicate cancer while preserving function of the treatment site. Such sites include head and neck cancers, breast cancer, and anal cancer. It has been our goal at North Shore Radiation Oncology (NSRO) to deliver the most precise, up to date treatments using the latest technologies for the benefit of our patients. Dr. Cirrone understands his patients are in a difficult time in their lives and he strives to treat each patient with compassion and the respect they deserve.

Dr. Cirrone graduated Albany Medical College and took a residency in Internal Medicine at North Shore University Hospital (NSUH) because the hospital was affiliated with Memorial Sloan Kettering Cancer Center (MSKCC). During his training at NSUH he spent much of his time at MSKCC where first learned to take care of cancer patients. After NSUH he trained in the Radiation Oncology program at Downstate University Hospital (DUH) in Brooklyn. The program was very busy and the training in Radiation Oncology was excellent. After completing his residency in DUH he became an Attending at Long Island College Hospital in Brooklyn.

In 2000, Dr. Cirrone transferred to NYCBS and moved his family with him to Suffolk County.