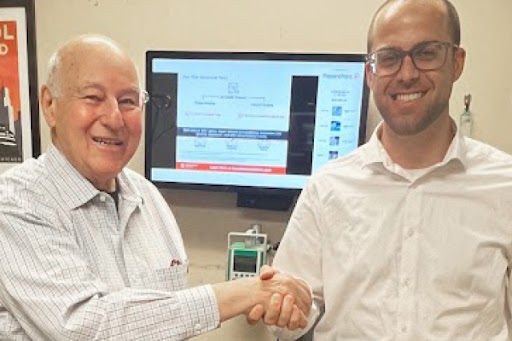 New York Cancer & Blood Specialists (NYCBS) has announced the retirement of Dr. Lynn H. Ratner, an oncologist recognized for his exceptional commitment to patients and colleagues and his unparalleled contribution to cancer care and the communities he served.

Dr. Ratner joined the NYCBS staff in 2018 and has served as Assistant Clinical Professor of Medicine and Neoplastic Disease at the Mount Sinai School of Medicine and Education Coordinator for Medical Oncology at Lenox Hill Hospital.

Over his 60-year tenure, Dr. Ratner was repeatedly named one of NYC's Top Doctors, an honoree of the Physicians Attending Association Award for 50 years of service at Lenox Hill Hospital, and a frequent speaker and presenter at medical conferences on the topics of breast cancer, lung cancer, and colorectal cancer.

Dr. Ratner completed his undergraduate degree at Union College. Then, he received his medical degree and Doctor of Philosophy from Albert Einstein College of Medicine. During his senior year, Dr. Ratner was elected to shadow a surgeon, which sparked his interest in research and the biology of breast cancer. For that reason, during his internship, he chose to be at Memorial Sloan-Kettering Cancer Center, where he concluded his residency.

When he graduated, he joined Dr. Ezra Greenspan, a well-known oncologist at Mount Sinai. Dr. Greenspan was the first physician to use chemotherapy for breast cancer. Dr. Ratner enjoyed working with patients, and as time went on, more treatment options for breast cancer became available. Since then, he has been involved in different types of chemotherapy, and hormonal therapies have always been one of his major interests. “It allowed me to treat patients more sophisticatedly,” Dr. Ratner said. “I was able to approach the disease by using the biology of the tumor. “

Dr.Ratner has extensive research and written publications in his field. He is the author of Contemporary Diagnosis and Management of Breast Cancer, a 309-page medical handbook on breast cancer used by medical and nursing professionals. From 2006 to 2010, Dr. Ratner was the Principal Investigator for a trial of new medicine to treat neuroendocrine tumors of the pancreas and GI tract. He also participated in two major trials for non-small cell lung cancer and other trials for the treatment of Ovarian Cancer. As a result of his expertise and experience, Dr. Ratner was interviewed on several news channels discussing the need for genetic testing in breast cancer and the heightened interest in preventative mastectomies.

Dr. Ratner has served the Public Health Service Communicable Disease Center (CDC) for two years in Puerto Rico, studying vaccine trials and caring for patients with various types of epidemiology. Dr. Ratner witnessed the whole spectrum of disease treatment change throughout his career. “Aspects of chemotherapy have morphed into something truly special,” he said. “We now have new drugs and immune therapies that are important for patients. I am blessed to have been part of that. “

Although Dr. Ratner will miss being at the forefront, his children have followed in his footsteps. His daughter and son-in-law are pediatricians, and his granddaughter is taking prerequisite courses in college for medical school. Family is an integral part of Dr. Ratner’s life, and he is excited to spend more time with them. He also hopes to enjoy more theater shows and create new collage art, another passion of his.