The Magic Of A Smile 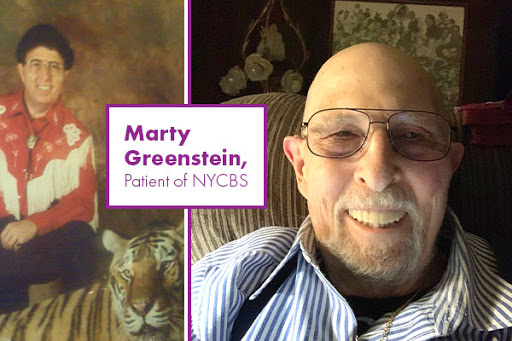 Growing up, Marty knew what kind of man he wanted to be; His father set the bar real high, and Marty was determined to fill his shoes. He's led his life in love and laughter, making people happy and helping others have a good time.

In the '70s, Marty bought a taxi medallion and drove a cab in the city. He became the go-to guy for the television station WPIX when they covered stories on cab drivers. One day a guy who cast commercials hailed his cab, and the rest was history. "Every day was a party," Marty said.

His catering business started after opening a restaurant in Smithtown with his wife. He was quickly given the name "Uncle Marty" by a customer's child, and it has stuck ever since. When the restaurant business came to an end, the Greenstein's continued catering and special events under Uncle Marty's name. When their clientele grew more corporate, they renamed their business Event Pros Group, creating events around team-building and organizing parties for as many as 15,000 people.

Although Marty has many tricks up the sleeve, his 25 lb magic jacket isn't the only thing that has weighed him down. In the winter of 2020, Marty was diagnosed with spleen cancer. It wasn't his first encounter with the malicious disease; his family has been affected by various types before. "It's my family curse," he said, holding back tears.

His nephrologist directed him to New York Cancer & Blood Specialists (NYCBS) after a year of watching his blood work levels. "And the beautiful thing was," he said. "They share the same database." Marty finished six rounds of chemotherapy and credits his positive, winning experience to the friendly and caring staff who now call him Uncle Marty. "It's like going to see my family; they're more than just my friends," he said. "I credit them with 49% of my getting well because 51%, of course, goes to Dr. DaCosta." "Everybody is so kind. It makes such a difference."

Being a magician, who does magic to bring happiness to others, knows just how much magic there is in a smile. "I'm 83 and a half years old," he laughs. "I've been to many hospitals, and I've seen many doctors, but nobody is like NYCBS." It was a wonderful experience on top of something so tragic."

Marty continues to perform as a strolling magician, especially when he visits the office. "I love doing what I do. I have a fun existence," he said.

Marty has participated in hundreds of events to raise money for cancer. He has sent thank you letters for all of the research and support that goes into the cancer battle to cancer specialists worldwide.

His powerful positivity trickles into his published book, How to Sell the Brooklyn Bridge… And Other Stuff. Marty has a lot more to accomplish in his life and believes that time is just an element. "NYCBS's are the real magicians," he said.

The secret to longevity, after all, might just be in the magic of a smile.