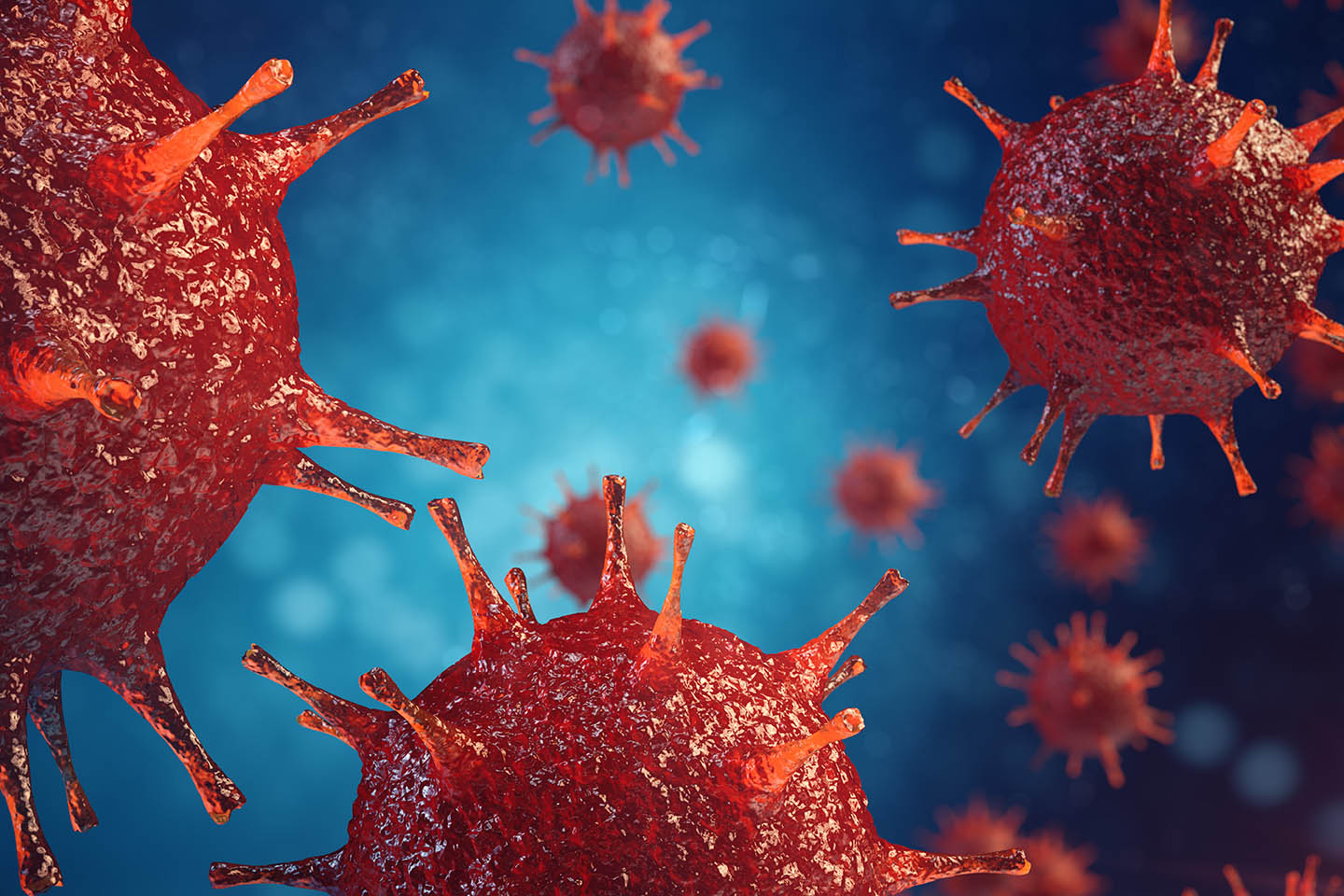 HIV (human immunodeficiency virus) is a virus that attacks the cells in your body that work to fight off infection, leaving you with a weakened and compromised immune system. Spread by contact with certain bodily fluids, this virus is most commonly transmitted during unprotected sex or through sharing injection needles during drug use. While there is no cure for HIV, the condition is treatable with medicine.

If HIV is untreated, it will likely develop into another condition called AIDS (acquired immunodeficiency syndrome), which is the last stage of an HIV infection. A person with HIV is considered to have AIDS if:

● The amount of CD4 cells in the body falls below 200 cells per cubic millimeters of blood.

● They develop one or more serious diseases, such as some types of cancer, regardless of their CD4 cell count.

Those with HIV/AIDS are more likely to be diagnosed with specific cancer types than others without the disease. Individuals with HIV have a weakened immune system that leaves them more at risk for infections, long-term illness, and cancers such as: ● Kaposi sarcoma ● Non-Hodgkin lymphoma ● Cervical cancer When someone with HIV develops one of these three types of cancers, their HIV is then considered to have progressed to AIDS.

What is Kaposi Sarcoma?

This type of cancer develops in the cells that line the lymph or blood vessels in your body and is most commonly found in individuals with HIV/AIDS.

Kaposi sarcoma causes purple, red, or brown spots, also called lesions, to appear most likely on the skin or inside of the mouth. These tumors can also affect and appear in other areas of the body, including the lymph nodes, lungs, and digestive tract. Other symptoms this type of cancer can cause include fever, swollen lymph nodes, and weight loss.

What is Non-Hodgkin Lymphoma?

This form of cancer develops in the body’s lymphatic system. The lymphatic system consists of many tubes carrying white blood cells, called lymphocytes, which run throughout the body. These lymphocytes help fight infection and harmful germs inside the body. Common symptoms of this cancer type include fever, intense sweating at night, weight loss, swollen lymph nodes, and a feeling of fullness in your chest. Depending on where the lymphoma is located, it’s also possible to experience memory loss, fatigue, confusion, and seizures.

What is Cervical Cancer?

This cancer type begins in a woman’s cervix, the lowest part of the uterus. The cervix connects the uterus to the vagina to form the birth canal. Women with HIV/AIDS have a much higher risk of developing cervical intraepithelial neoplasia (CIN), which is pre-cancerous cell growth in the cervix associated with the human papillomavirus infection (HPV). When CIN becomes high-grade, it can likely develop into cervical cancer.

Cervical cancer typically doesn’t show any symptoms until it has spread to other areas of the body. However, it is possible to see abnormal vaginal discharge, abnormal vaginal bleeding, and pain during sex, and longer and heavier periods than usual with this cancer.

Though less common, those with HIV/AIDS can develop:

If you have HIV/AIDS and are concerned about your health or are experiencing concerning symptoms, seek immediate health care from professionals you can trust!