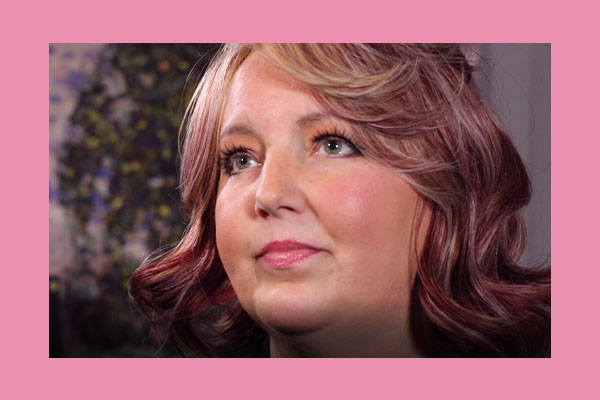 “It was the biggest shock of my life,” Jodi recalls. Believed to have cystic breasts at the time, Jodi thought otherwise. “I had to kick down a few doors. I had a few lumps in my breast, but I was in really good shape. So, at the time, they just kept sending me home until I finally kicked and screamed to the right people, and then they realized. This woman has cancer.” By the time Jodi was diagnosed, she was stage 3b.

When Jodi received the news she thought her life was over. “Everything that I had been working for up to that moment, nothing mattered,” she explained. “But, there was a part of me that said, I'm going to get through this. I can do this.”

The mother of an 8-year-old, Jodi had the difficult task of explaining to her son that she was sick and was going to lose her hair. “It was the worst experience that I could have ever gone through. But, I was honest with my son and we went through it together.”

Since then, Jodi has been able to watch her son graduate high school and continue to grow into the young man he is today. “Through the years, he's watched me go through it. He's watched me become healthy again and go back to school myself.”

Jodi underwent many treatments including chemotherapy, a mastectomy, radiation, and clinical trials. When she learned that her breast cancer had spread, her success statistics were grim: She was put on hospice and was told to get her affairs in order. “I couldn't believe it. It was quite scary.” A long daunting process but she got through it with the help of New York Cancer & Blood Specialists, and her oncologist Dr. Syali.

A fighter and an aspiring entrepreneur, Jodi still has a lot more to accomplish. “I can't explain it,” she said. “I just know that I have a lot more to do. And Dr. Syali, he was by my side, every step of the way. He brings the newest technology and the newest clinical trials. We've been through this for many many years together. I don't know what I would do without him. He's an amazing soul and I'm so blessed to have him as my doctor.”

Now living with stage 4 breast cancer, Jodi wants to give hope to others in her shoes. “Be strong,” she says. “Believe in yourself because healing is all about you and how you feel. You have to envision yourself down the road, and give yourself long term goals,” she advises. “It's not an easy road going through chemotherapy and the treatments that you're going to have to face as a cancer patient, but you can, and you will get through it. You just have to be okay with the treatments that are given to you, and you can't give up on yourself.”

Studies are showing that advanced treatments and chemotherapies are giving people life and extending their life expectancy. “It’s more of a chronic illness these days,” she believes. “It's not so much of a death sentence anymore.”

Alongside her treatments, her favorable outcomes are credited to healers and yoga. “I believe in meditation and natural healing,” Jodi recommends. “I am a very lucky individual, and I'm so lucky that I've been at New York Cancer & Blood Specialists these many years because I don’t know if I would have made it if I was at any other place.”