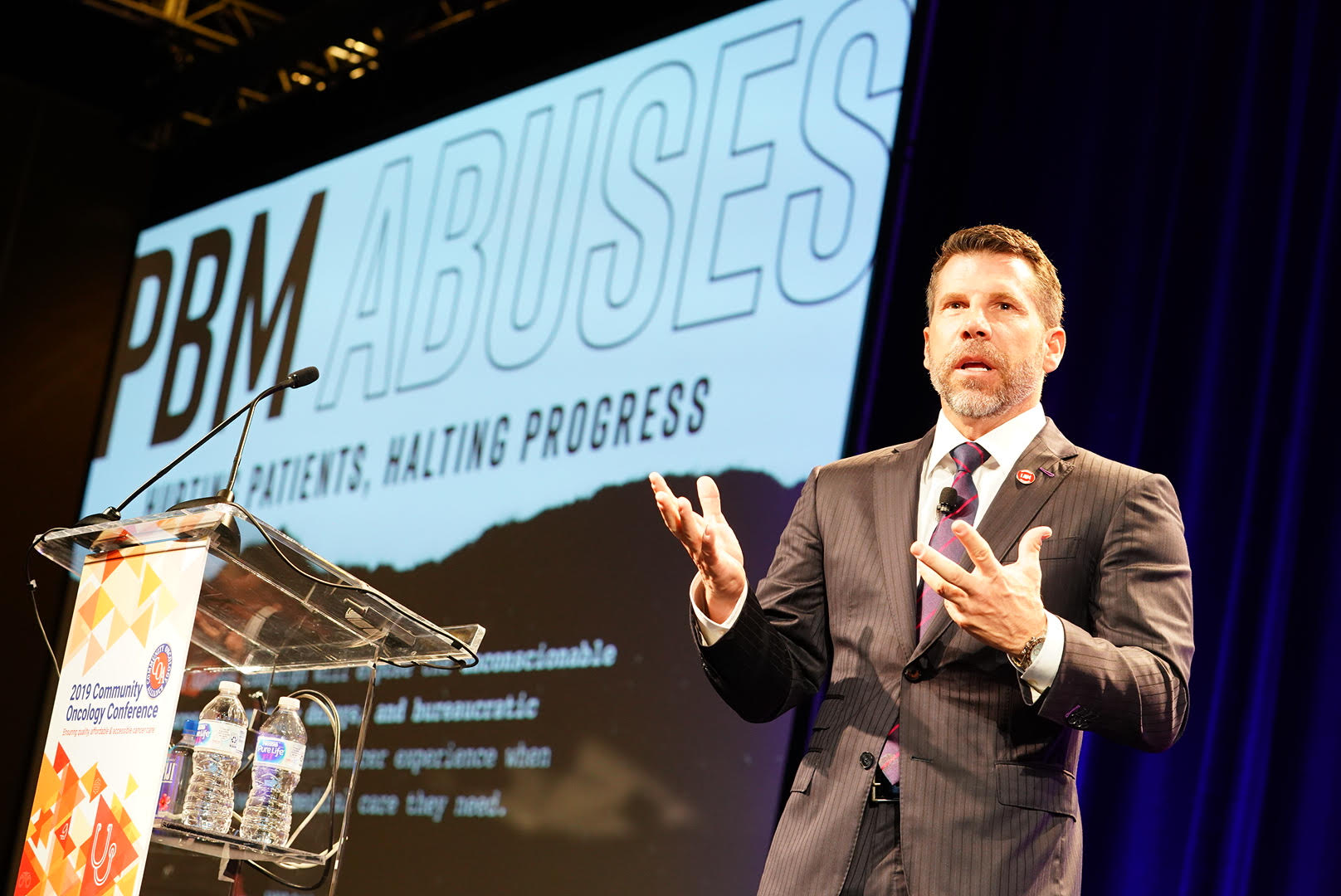 Today’s Senate Finance Committee hearing was a reminder that pharmacy benefit managers (PBMs) refuse to acknowledge their responsibility for causing completely unnecessary pain and suffering to patients with cancer, while also fueling higher drug prices through manufacturer rebates and by extorting fees from pharmacy providers.

PBMs claim to be part of the solution to what ails our health care system, but over the last several years it has become increasingly clear that they are actually a big part of the problem of high drug prices while also hurting patients.

PBMs have a financial vested interest in the highest drug list prices possible in order to maximize the rebates they demand from drug manufacturers, through spread pricing, and via so-called “DIR Fees” they extort from pharmacy providers. PBMs sit in the shadows of our health care system and do nothing for patient care while siphoning off billions of dollars in fees and dictating patient access to care.

Perhaps most shockingly to health care providers, the PBM representatives testifying today failed to acknowledge the bureaucratic and nightmarish system they have inflicted upon patients with cancer and other serious diseases. Community oncology practices have reported hundreds of horror stories about the rogue behavior of PBMs and the torture they put patients with cancer through.

The horror stories that oncologists and pharmacists report are NOT one-off or rare. PBMs frequently delay filling prescriptions for life-saving medicines, deny medicine to cancer patients that their oncologists prescribe, and have even gotten so bold as to demand treatments not backed up by medical science.

The Community Oncology Alliance (COA) applauds the Senate Finance Committee for holding today’s hearing but strongly recommends additional work be done to shine a strong light on PBM abuses in delaying and denying cancer patients critical medical care. We hope the House Energy & Commerce Committee will do the same by holding hearings focused entirely on PBMs.

After hearing the testimony of the PBM middlemen, we should all ask ourselves these four questions:

1. Why in the world would any corporation in the health care industry cruelly delay filling a prescription that could extend the life of a stage 4 metastatic breast cancer patient?

2. Why in the world would a middleman health care corporation deny medicine that would help a hemophilia patient avoid bleeding out from a simple bruise?

3. Why would a PBM recommend – and demand! – surgery for a patient that their oncologist and surgeon say is unnecessary and better treated with an oral drug? And

4. Why in the world would a PBM allow a pediatrician to review treatment plans for cancer patients, second guessing the patient’s oncologist?

The reason for PBMs’ egregious behavior is simple: billions of dollars of profits are at stake. PBMs make enormous profits off of increasingly expensive cancer and other specialty drugs, even though they never take title to any drugs or assume any liability.

Make no mistake about it, the PBM industry is scared senseless that their house of cards will collapse as Congress, the White House, and federal agencies shine a light on their operations and business practices.

Senator Ron Wyden (D-OR) had a great observation that PBM spread pricing is “as clear a middleman rip-off as you are going to find.” PBM spread pricing is ripping off employers, state governments, and taxpayers who pay higher prices for prescriptions while PBMs pad their bottom lines. We agree that the HHS Inspector General should look into spread pricing practices and shed light on the secretive contracts and rebates that enable them.

Senator Bill Cassidy, MD (R-LA) hits the nail on the head today describing the PBM system as “a reverse Robin Hood” with sick patients paying higher drug list prices to subsidize insurance premiums and PBM profit margins. This is the exact opposite of a normal, healthy insurance market. Sick cancer patients should not be paying more for their drugs to keep prices lower for healthy patients.

COA and the community oncologists it represents strongly supports the administration’s proposal to effectively eliminate PBM rebates in Medicare and legislation to reign in PBM abuses. This includes recent legislation proposed by Senator Mike Braun (R-IN), that would bring needed price transparency to the prescription drug market and pass any discounts along directly to consumers.

Members of Congress, policymakers, and the American public at large should ask themselves: If you or your loved ones were facing cancer, would you want a PBM to be in charge of deciding your care? The answer is likely no. After all, who should benefit from lower prices and discounts on cancer drugs? A middleman PBM corporation or a breast cancer patient fighting for her life?