Pain, Suffering, and Anxiety Inflicted on Patients with Cancer 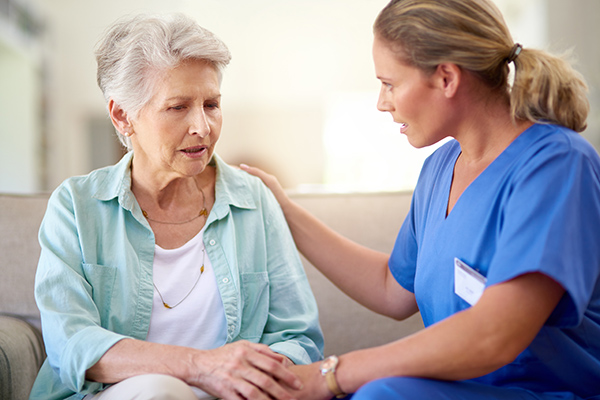 Today, the Community Oncology Alliance (COA) continues to expose the inhumane pain, suffering, and anxiety inflicted by Pharmacy Benefit Managers (PBMs) on patients with cancer with the release of another paper documenting real-life PBM horror stories.

Telling the real stories of cancer patients and oncology professionals across the country, the paper “Danger, Delay, Denial: Pharmacy Benefit Manager Horror Stories” features stories provided to COA by community oncology practices. The serious, sometimes dangerous, stories include PBM bureaucracies causing severe lapses in a leukemia patient’s care; filling prescriptions with the wrong dosage; and standing in the way of timely treatment while a patient’s window of opportunity to treat a deadly breast cancer closed.

The paper’s release comes at a time when the federal government appears to be suffering from a split personality on the issue of health care middlemen, decrying their negative influence one day while putting forth changes that will increase their influence on our health care system the next. The government has recently proposed a slew of changes, including that some, or all, of Medicare Part B medications be shifted to fall into Part D, which is currently dominated by the negative influence of PBMs. The government also just released guidance that insurance middlemen, some of which own PBMs, can require first-fail step therapy for Part B and D medications in Medicare Advantage, which could impact up to a third of Medicare patients.

Increasing the power and prevalence of corporate PBMs and insurance middlemen at a time when both policymakers and the public are pushing back against their negative influence, just does not make sense. There is vast evidence that the incompetence and greed of middlemen have not only failed to reduce drug prices but has ironically caused them to increase thanks to the network of shadowy rebates and discounts siphoned off by middlemen. And, as this horror stories series clearly demonstrates, this has all been done at the expense of cancer patients who are left to suffer.

“It is unbelievable that policymakers could read these PBM horror stories and think the current stranglehold these corporate middlemen have on cancer patients and our entire health care system is a good thing. Unfortunately, the administration does not seem to have received this message and is advancing new policies and proposals that are absolutely terrible for Medicare patients,” said Ted Okon, executive director of COA. “It’s time to take decisive action to stop PBM abuses and the patient harm that they inflict. Not one more patient or family facing a devastating disease like cancer should suffer because of these unaccountable middlemen.”

This is the fourth in a series of papers produced by COA that exposes the abuses of PBMs. The first, “Delay, Waste, and Cancer Treatment Obstacles: The Real-Life Patient Impact of Pharmacy Benefit Managers (PBM)” was released in April at the 2017 Community Oncology Conference; the second, “Unaccountable Benefit Managers: Real Horror Stories of How PBMs Hurt Patient Care” was released in June 2017; the third, “Bureaucracy, Deadly Delays, and Apathy: Pharmacy Benefit Manager Horror Stories” was released last September along with the launch of www.PBMAbuses.com as a place to support patient education and advocacy on PBM issues. Visitors to the site can access the patient horror stories series, educational videos, advocacy resources, and more.