Hospitals have been fleecing Medicare seniors 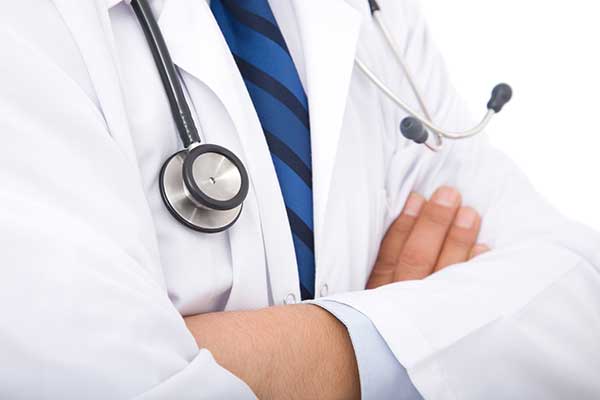 As we enter the election season American outrage and concern over health care costs continues to be a priority issue on voters’ minds. The byzantine and complex system we have built continues to present a formidable burden for policymakers who must face the entrenched but completely wrong policies that have been passed down from year to year.

President Trump recently proposed a set of solutions for lowering drug prices and reducing out-of-pocket costs with American Patients First. One bold area for action is the often overlooked (or avoided) role that hospitals play in driving up costs by charging drastically higher prices than independent physicians’ offices for the exact same services. By abusing this loophole, hospitals are making it more expensive for everyone, including patients, employers, payors and taxpayers.

Take Medicare patients with cancer for example. All else being equal, the cost of administering chemotherapy at HOPDs is more than double that of community clinics. As a result, patients end up paying millions of dollars out-of-pocket without any meaningful difference in quality or value. For example, one recent study found services performed at HOPDs caused patients to pay an additional $411 million in out-of-pocket fees between 2012 and 2015, excess costs that could have been prevented had they gone to independent physicians’ offices.

Fueled by these perverse financial incentives more and more hospitals are cornering their local markets, taking over independent physicians’ offices and converting them into HOPDs. This is particularly true for community oncology practices which have been decimated by hospital takeovers in recent years, raising costs and reducing choices for patients.

Between 2007 and 2013, the number of vertically consolidated physicians’ offices nearly doubled from 96,000 to 182,000 and the number of vertically integrated hospitals rose from 1,400 to 1,700, according to the Government Accountability Office. In oncology, only 15.8 percent of cancer patients were treated in HOPDs in 2004, but nearly half were by 2014. Since the Community Oncology Alliance began tracking the state of independent community oncology practices, more than 1,000 have closed or merged with hospitals because of these perverse financial incentives.

Vertical integration has been especially painful for rural patients. With an estimated 16 percent of the U.S. mainland population living 30 miles or more away from the closest hospital, and fewer community options than before, rural patients have little choice but to drive great distances for more expensive care. The loss of affordable, local, accessible care options is unfair and unnecessary.

Policymakers have been slowly moving towards introducing payment parity and stopping the fleecing of Medicare and seniors. Congress bravely took the lead, mandating a limited site-neutral payment policy for all newly built or acquired HOPDs in the Balanced Budget Act of 2015 which went into effect at the start of 2017. This was a good first step, but did nothing to change things for existing, “grandfathered” HOPDs. More recently, the Centers for Medicare & Medicaid Services (CMS) took the issue on in the 2019 Medicare Outpatient Prospective Payment System (OPPS) rule. CMS has proposed extending site-neutral payments for all outpatient clinic visits, a change it projects will save Medicare $760 million in payments and, most importantly, seniors about $150 million in lower co-payments.

The slow and steady progress that policymakers have made taking on corporate hospitals gaming the Medicare system is amazing. President Trump, members of Congress, HHS Secretary Azar, CMS Administrator Verma, and the dedicated staff at HHS all deserve tremendous credit for taking these brave steps. Site disparate payments have been a long-standing, recognized flaw in our nation’s health care system that bipartisan lawmakers recognize, but few were willing to champion.

Of course, actually implementing the OPPS rule and not caving in to the extreme pressure from hospitals will not be easy. Commentators and policy experts are already settling in for what they say will be a particularly raucous summer battle, the likes of which Washington has not seen for a while.

Unfortunately for the hospitals, site-neutral payment reform is a popular, commonsense solution that Americans of all stripes can praise. Whether patients decide to seek treatment at an HOPD or community clinic, the cost of treatment should be the same. Site-neutral payments lower costs for patients and taxpayers, while boosting competition and improving provider choice, especially in rural areas.

I hope Congress will join me in urging CMS to finalize the site-neutral reforms contained in the proposed OPPS rule. Doing so will be a win for patients and taxpayers alike.

Ted Okon. is the executive director of the Community Oncology Alliance, a national non-profit dedicated to ensuring Americans can receive affordable, high-quality, and accessible cancer care close to where they live and work.

To see the article go to The Hill