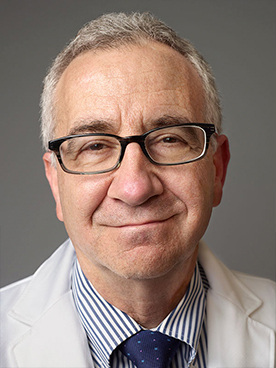 Dr. Martin Silverstein is a board-certified radiation oncologist. He received his B.A. and M.D. degrees from Boston University and completed his residency in radiation oncology at the SUNY Health Science Center in Brooklyn where he served as chief resident. His post-doctoral training began with a surgical residency at Montefiore Medical Center/Albert Einstein College of Medicine and was followed by additional training in urology at Jackson Memorial Hospital in Miami, spurring his interest in prostate cancer treatment.